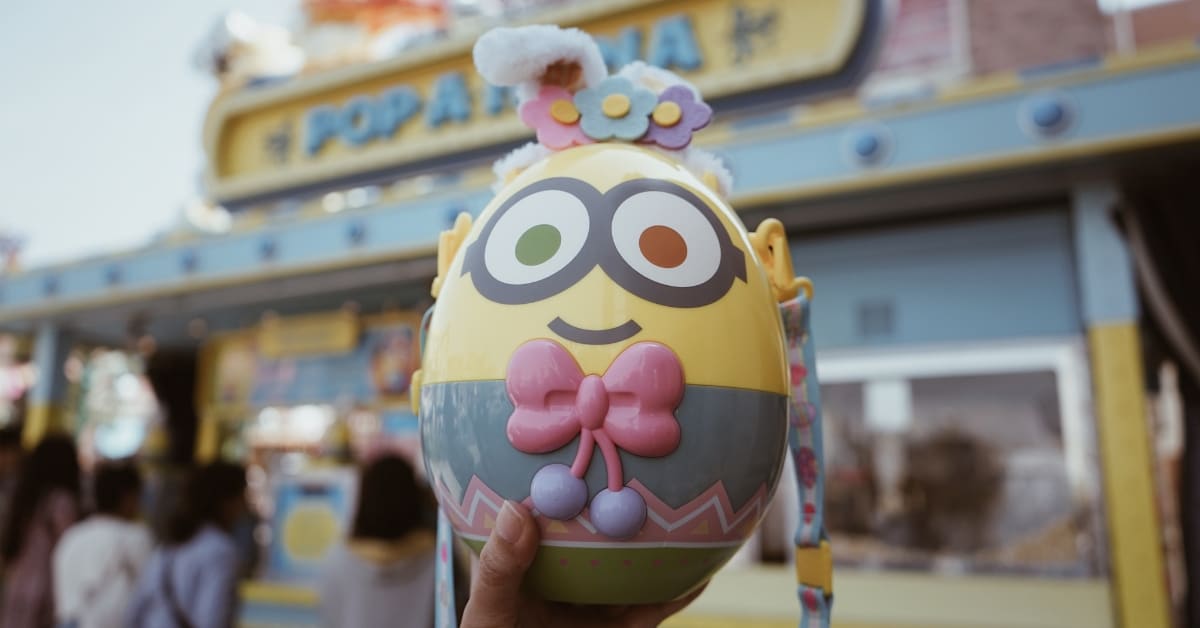 One of the top reasons Universal Studios Japan keeps us coming back for more is the huge variety of seasonal events! This time around, in conjunction with Easter, the Universal Easter Celebration is painting the park with festive activities, decorations, food and merchandise from March 15 – June 23, 2019.

Easter bunny Minion popcorn holders, a new Harry Potter light show and even SING the musical, here’s a sneak peek into what you can expect!

Getting tickets to Universal Studios Japan: 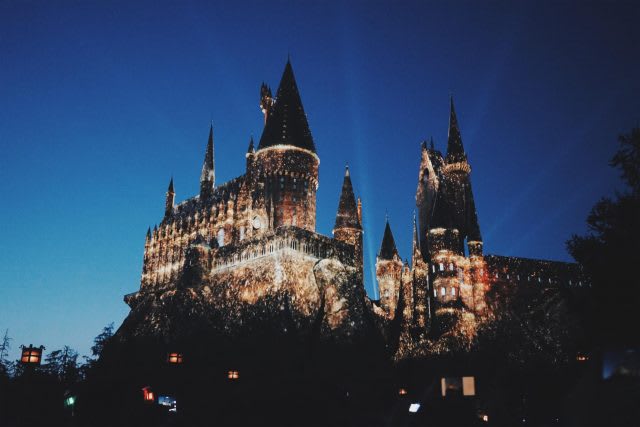 With so much to see and do, the last thing you’d want is to be stuck outside waiting in line to purchase a ticket. Pre-book your tickets on Klook to skip the lines! Simply flash your Klook mobile e-voucher at the turnstiles and you’re all set.

Better yet, pair your admission ticket with an additional express pass to skip the lines to the most popular rides in the park.

For more tips and tricks, check out our guide to Universal Studios Japan!

1. Easter at the Minion Park 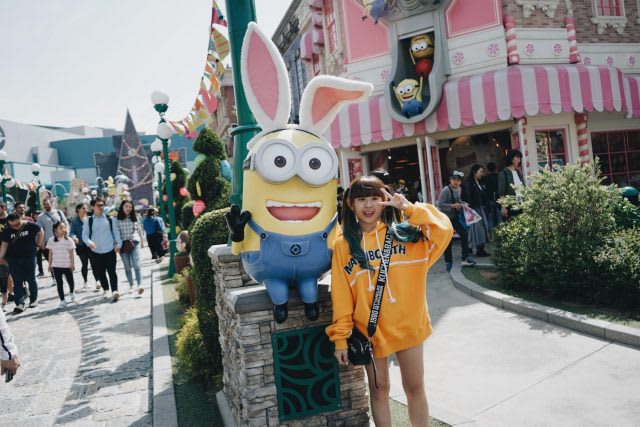 Our favourite yellow friends have undergone an easter makeover, transforming into the cutest little eggheads and bunnies! Spot the easter eggs and minion bunnies around the park and snap plenty of photos with them before they’re gone. 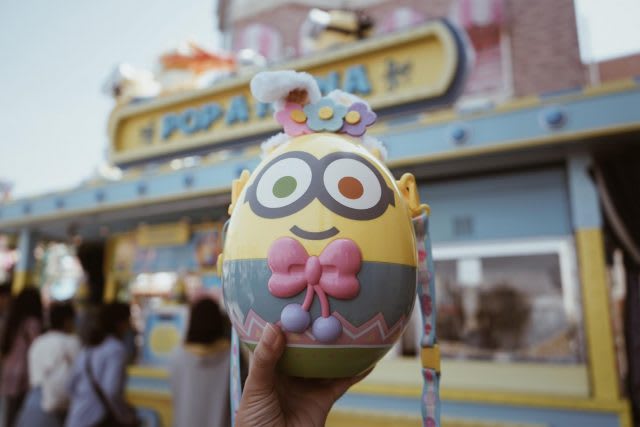 The good ol’ popcorn bucket has also undergone an easter facelift, with furry bunny ears and all! And yes, the delicious salted caramel banana popcorn remains! 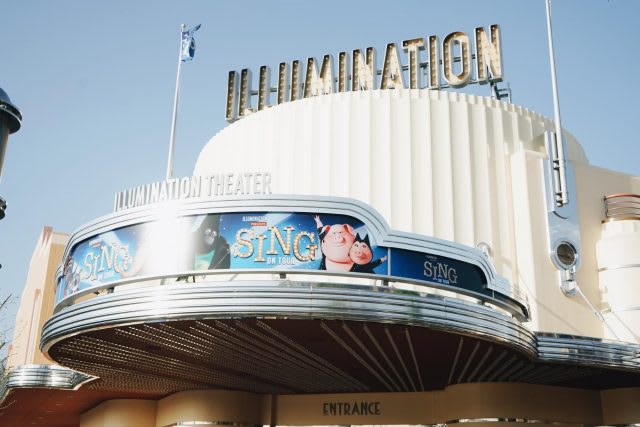 The hit Illumination animated musical Sing is here in Universal Studios Japan so get ready to sing along. Belting out tunes like Shake It Off, get ready for a concert by your favourite characters, Ash, Meena and Johnny! Featuring covers of huge hits, terrific stage quality and catchy dance numbers, we give this concert 5 stars. 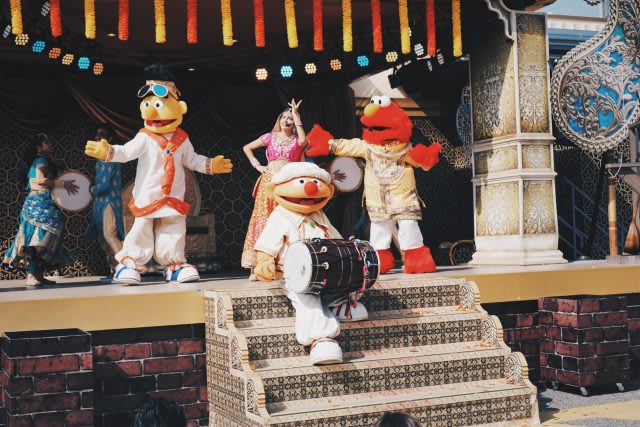 Help Elmo and his pals complete their Bollywood movie filming featuring some of Bollywood’s biggest stars! The catchy tunes will have you dancing along for sure. You’ll even get to play a part in the movie by throwing confetti or waving your scarves around. 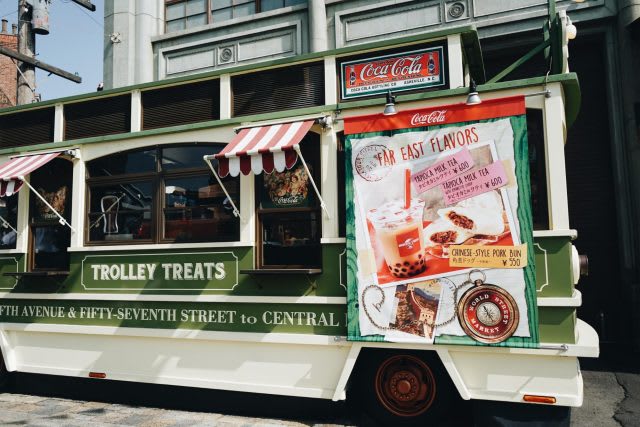 A big part of the World Street Festival also includes street food! Snack on a turkey leg or some boba at the street food carts along the New York area!

Celebrating the 5th anniversary of the opening of the Wizarding World of Harry Potter, for the first time ever, witness a spectacular Hogwarts celebration on the facade of the castle. This light show features the coming together of all the houses of Hogwarts as well as the return of the good old Sorting Hat. 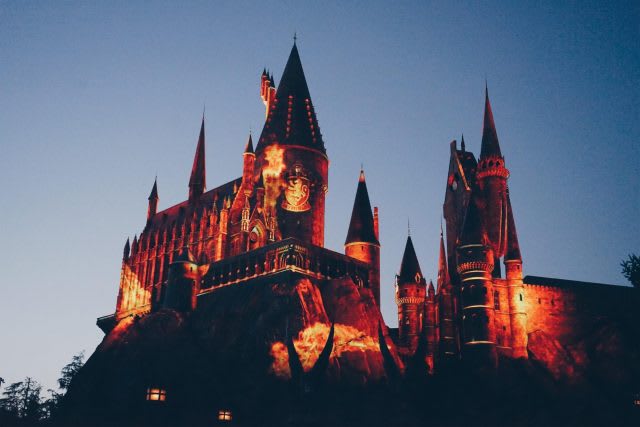 The show happens at different times everyday so be sure to check out the schedule which you can get at the guest services centre near the entrance. You’ll also want to camp out early for a good spot, the best ones are near the entrance to Hogwarts. 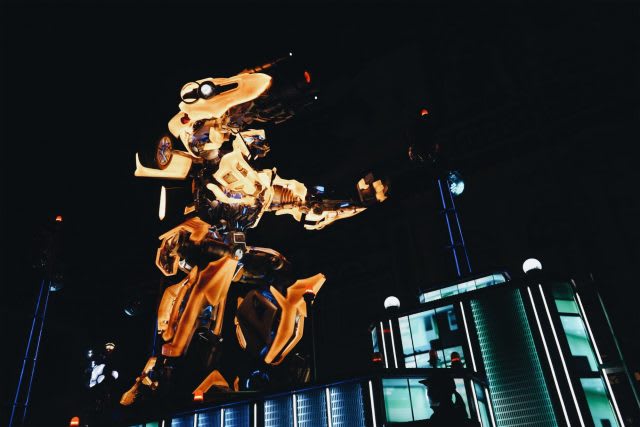 The Best of Hollywood Night parade is one of the most unique features of Universal Studios Japan and definitely one you should not miss. Camp out early and get a seat along Hollywood street near the Backdraft ride entrance and you’ll be close enough to even see the expressions on the faces of the performers.

P.S. The dinosaurs of Jurassic Park might get loose and we will not be held responsible for any dinosaur attacks. 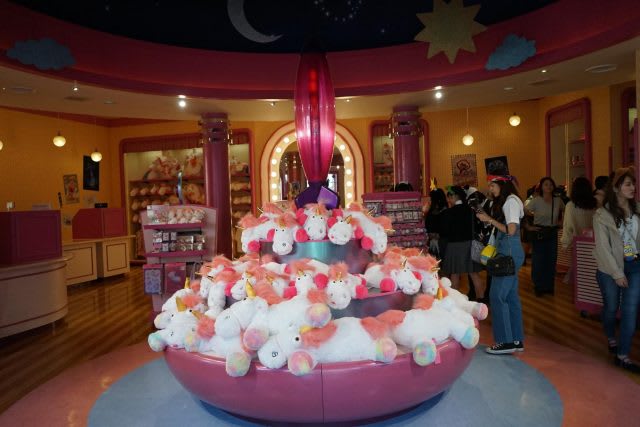 If you’re a fan of unicorns and all things magical, more specifically the fluffiest unicorn you could die from the Minion movies, get ready to step into heaven. The It’s So Fluffy store is a newly opened souvenir store in the park selling ONLY unicorn merchandize. Get the cutest unicorn headbands, sunglasses, pjs and everything you’d need to practically turn into a unicorn here. 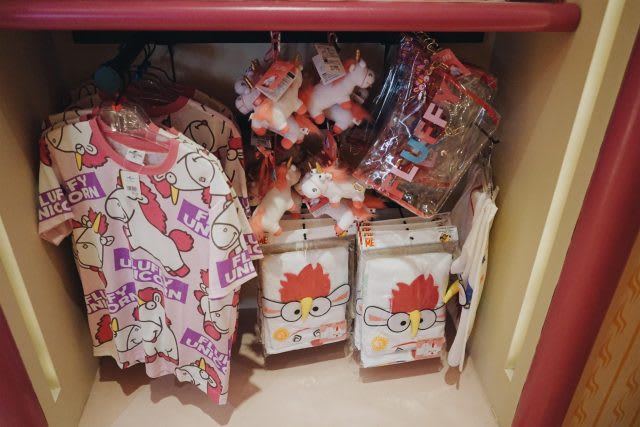 #Klooktip: It’s easy to go overboard with so many things to buy so be sure to set yourselves a budget!

Other stuff in Osaka not to be missed 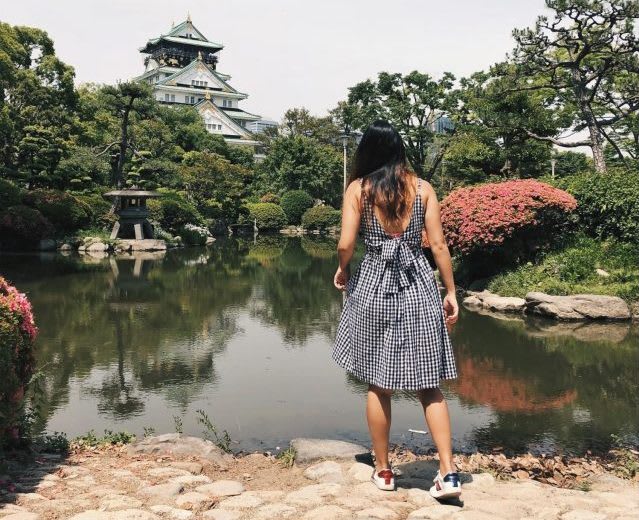 Visit the stunning Osaka Castle or take a river cruise along Dotonbori all for free with the Osaka Amazing Pass! You’ll even get unlimited rides on the subways and buses and entry into 30 different attractions.

Be sure to also visit Japan’s tallest skyscraper, the Harukas300. With floor to ceiling windows, you can expect unobstructed sweeping views of the city. 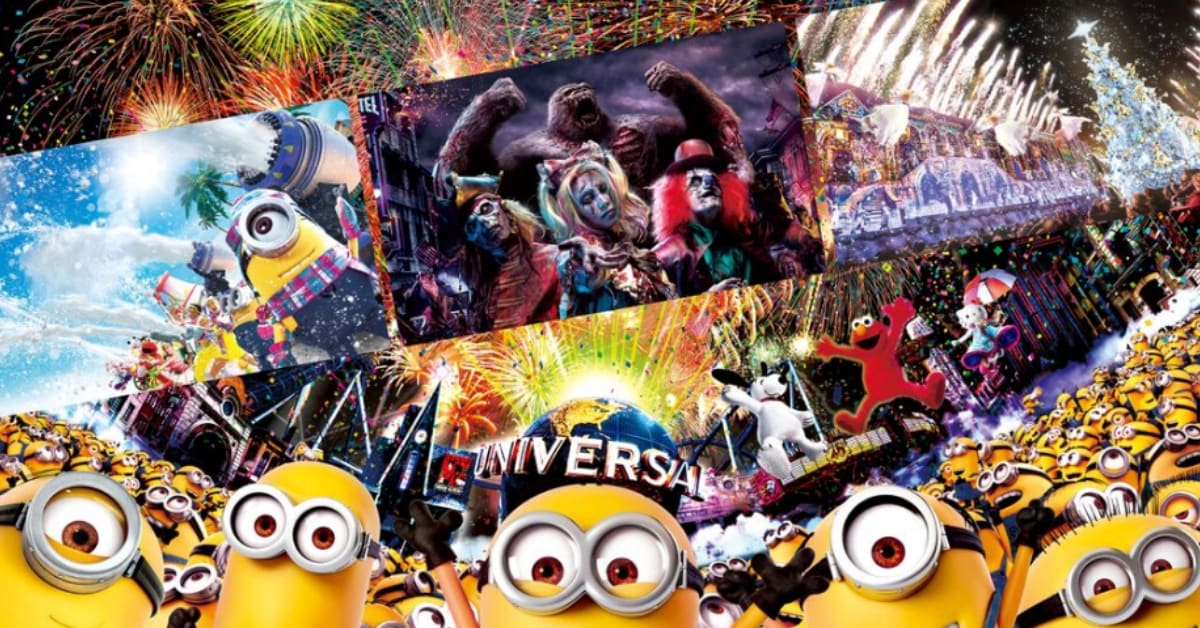 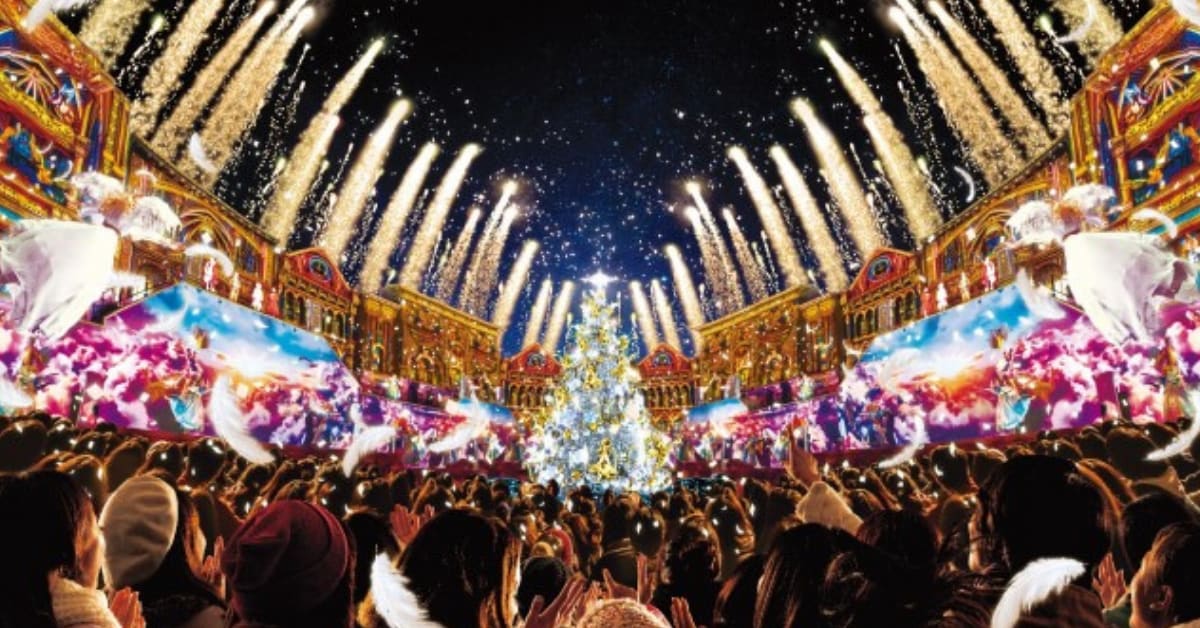 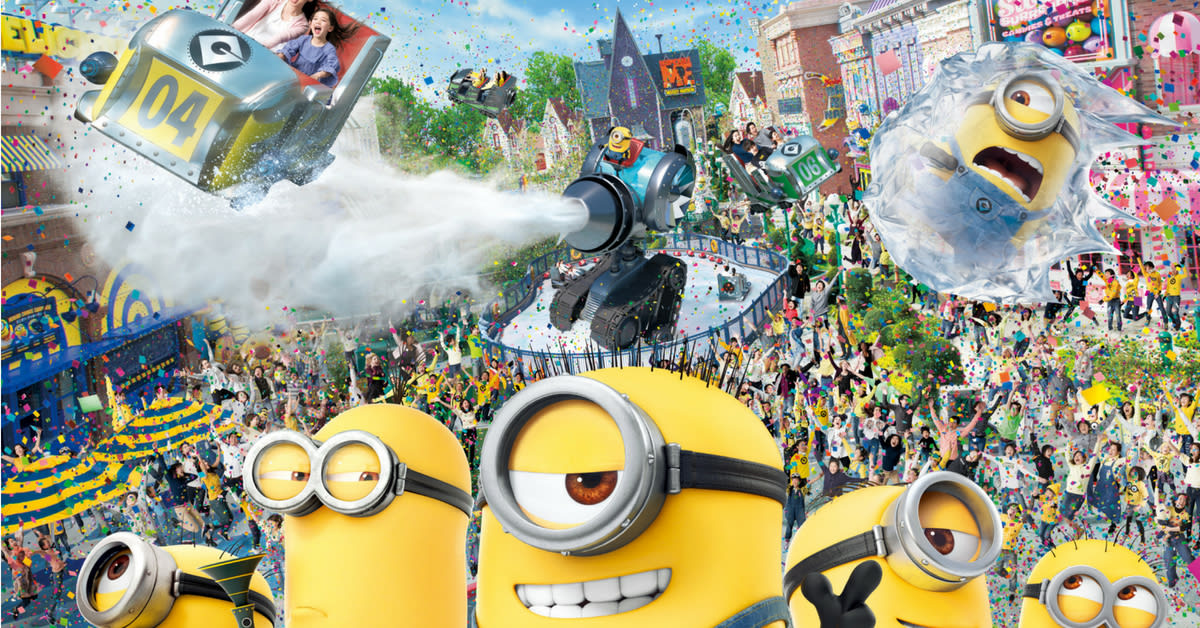 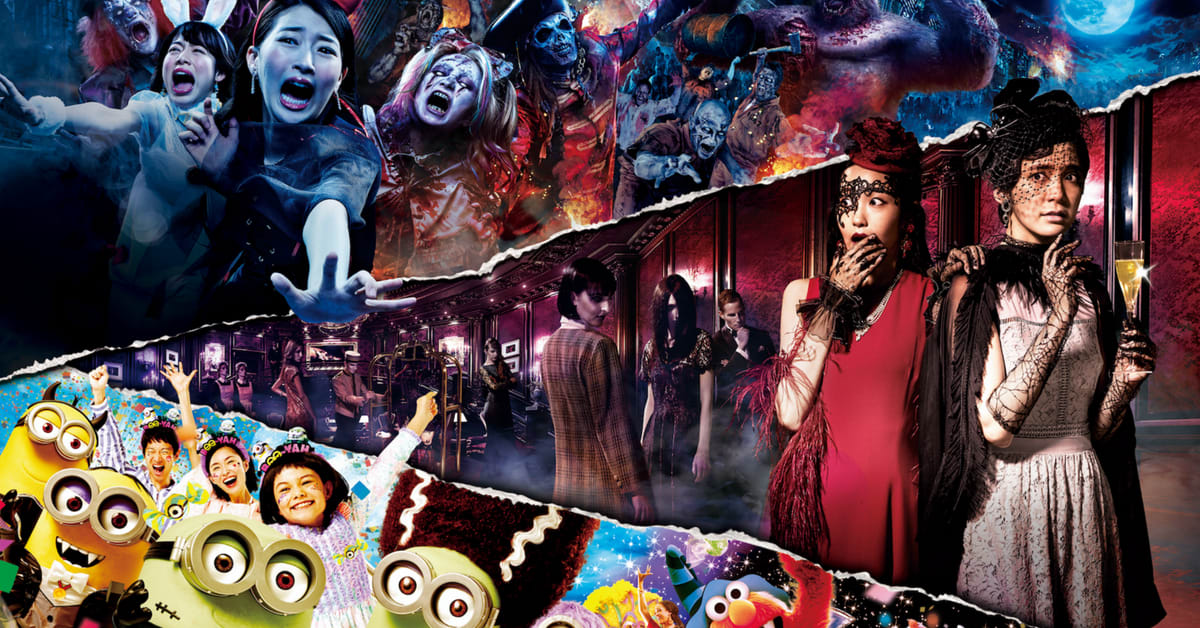 Universal Surprise Halloween 2018 Returns To Universal Studios Japan
Get ready for a spooky and spectacular event at Universal Studios Japan from 7 Sep to 4 Nov 2018! Apart from the park’s classic Universal Surprise Halloween, the event undergoes a huge upgrade this year!
Summary
Ask Klook
About Us
Careers
TERMS OF USE
Help
? 2014-2020 Klook Travel Technology Limited. All Rights Reserved.
HK Travel Agent Licence: 354005.
SG Travel Agent Licence: 02851.
TW Travel Agent License: 甲 03950.
Travel discounts up to 60% off sent straight to your inbox
By clicking Subscribe, you have agreed to our Terms & Conditions and Privacy Policy
Subscribe